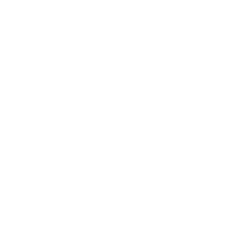 ReelPlay are a small and relatively new games design company based in Sydney, Australia. They were founded as recently as 2014, and describe themselves as “the new slot developers on the block”.

They may be new, and their name may be little known, but they have already managed to forge themselves quite a reputation with those “in the know” within the gaming industry. They have designed some impressive slots which, despite being in existence for just a few short years, are widely available on some of the biggest UK facing online casinos.

Their rise from unknown start-up on the other side of the world to having a presence on some of the biggest casino sites for United Kingdom based players has been rapid. This has been achieved by forging some intelligent partnership deals as much as by their clever and entertaining designs. ReelPlay have signed a lucrative licencing deal with NYX’s Open Gaming System (OGS), which means that their titles are available on any of the many casinos which use this software to power their sites. This includes many of the top sports betting and bookmakers’ casino portals, such as Bet 365, Corals and William Hill.

Further link ups have been made with better known games designers like NextGen Gaming and Lightning Box to further expand the reach of this innovative Aussie company’s slots. This means that the company’s titles are now widely available on casinos outside the OGS network, such as Millionaire.

At the time of writing there are a total of five games in the company’s roster, including Buster Hammer, Canyon Cash, Lolly Land and the newest addition, Creepy Castle. But by far the best known ReelPlay design is the sci-fi themed Bounty Hunt, which is seen on many sites and is one of the most popular games in the genre. Players are tasked with hunting down three different criminal hoodlums: can you catch them in the cross hairs of your futuristic telescopic sight? The graphics are exceptional, with some impressive and innovative features adding to the entertainment value of the game.

They may well be tiny when measured against some of the giants of the industry, but five games in around three years is a pretty impressive output for such a small start-up. Games such as Bounty Hunt and Creepy Castle are already widely available and building up quite a reputation amongst regular gamers. With more great games in the pipeline, it seems we are all going to be hearing a lot more about these up and coming games designers.