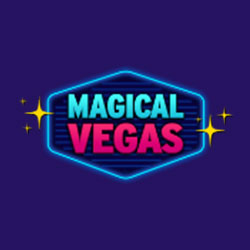 Magical Vegas sounds like a glamorous kind of casino. And it is. Full of a variety of great games to play, from some of the biggest names in software design, you would expect this site to be linked with some glitzy and powerful names in the commercial world. Indeed, it has chosen to sponsor a UK based football club, just to ensure a link with the worldwide phenomenon that is English football.

So you would expect the choice to be a major Premier League name, probably from a major city, preferably with regular fixtures in the Champions League. Instead, Magical Vegas have gone for the more rustic charms of the rural Suffolk town of Ipswich. Nothing wrong with following Ipswich Town of course – I’ve spent many a Saturday afternoon or Tuesday evening enjoying the blue-tinged atmosphere of one of our many historic clubs. It’s just that I hadn’t spotted the apparent connection between the Tractor Boys and the gambling capital of the western world until now…

Anyway, there is nothing wrong with the games available here (although at the time of writing, there is plenty wrong with the games on show at Portman Road). There are hundreds of slots to choose from, designed by top gaming providers like NetEnt, Microgaming, IGT and a dozen others. This means that you get to play just about any of today’s favourite games you fancy.

The traditional side of the casino is well covered too. There are around thirty different formats of all the main table and card games. These include several varieties of the big four: Baccarat, Blackjack and Roulette. But you can also choose from a few of the less often seen games, such as Pai Gow and an impressive progressive version of Stud Poker. The Lice Casino features a further dozen live dealer games, all live streamed from the market leading NetEnt’s studios.

Support is also excellent here. Provided round the clock, you can contact the Customer services team via e-mail, live chat or even give them a call on 0800 279 7342. This number is free to call for all players based within the UK, not just frustrated football fans from Suffolk.

Magical Vegas is fully regulated by the UK Gambling Commission, so it can be considered free and fair to play for players based within the United Kingdom.