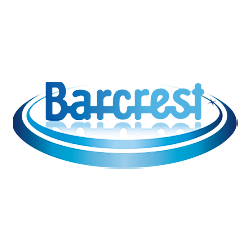 Barcrest was founded back in 1968, based in Manchester. It soon became a leading name in the real world gaming sector, designing and manufacturing amusement arcade games and other gaming terminals. Ever since its emergence in the early 1970s, any visitor to a traditional seaside or end of the pier arcade is likely to have played on a Barcrest designed game. They became the one of the most popular designers of fruit machines and one armed bandit style consoles within the United Kingdom.  It was also at the forefront of the introduction of technology into the traditional bingo halls throughout the 1970s and 80s.

However, the company has always moved with the times, and it was this flexibility which saw it well-placed to take advantage of the advent of the internet in the 1990s. This period saw Barcrest swiftly diversify into computer software development, in order to exploit its real world gaming expertise in the virtual world. It was responsible for the software behind many of the early online bingo sites, and has subsequently developed a wide range of very popular online slots. These can be found on many of the leading online gaming sites which are most frequently used by UK based players.

At the time of writing, Barcrest has a portfolio of around forty great titles, including some of the most frequently played games around the world today. Perhaps their most famous design is the iconic Rainbow Riches, which is now available in several sequel formats, as well as the classic original. Today, both the original design and the progressive version of this game are mainstays of many of the best online casinos. But there are plenty more popular favourites in the Barcrest roster, such as Action Bank, Moon Shadow and Money Mad Martians!

The company continues to produce new games, although it is no longer an independent entity, having been acquired by the US based Scientific Games group in 2011. However, the brand lives on, alongside several other big name gaming software designers, such as Bally Technologies and Williams Interactive. All these are now wholly owned by Scientific Games, which acts as a holding company.