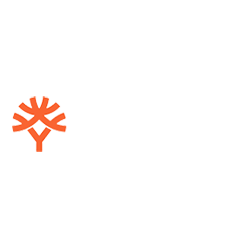 Yggdrasil Gaming is one of the biggest names in online gaming, which is surprising, given that it was only founded in 2013. It may be new, but it is already operating internationally, with offices in Gibraltar, Poland and Sweden. It has its headquarters on the Mediterranean island of Malta.

Despite its relative youth, it is rapidly earning a good reputation as an up and coming designer, with some very decent slots in its rapidly expanding repertoire. In fact, it is so highly regarded within the industry that it is a frequent award winner, picking up the Gaming Software Supplier of the Year at the 2016 International Gaming Awards, followed by Innovator of the Year in 2017.

Being such a young company has helped it to be fleet-footed and it already has a reputation for being at the forefront of industry developments. It was one of the first companies to begin designing all its games using HTML5. This is important because using this technology means that its games are all compatible with play on any kind of device, from the most compact smartphone up to the widest screened desktop. There’s no need for any special software downloads either: just load up through your usual web browser, regardless of the type of device you prefer to play on.

Although its games are not the most widely available, it has already carved out for itself a niche market amongst knowledgeable players. It is provided among the range of several of today’s leading online casinos, such as Bet365, Mr Green and Unibet.

Yggdrasil Gaming is renowned for its outstanding graphics. A brief visit to the company’s own website at yggdrasilgaming.com will give you some idea of the stunning abilities of its software designers. At the time of writing, it was promoting its puntasticly titled game Spina Colada, and you can almost taste the cocktail and feel the warm breeze as the sun sets on your tropical island.

The company has produced around forty slots in total: pretty prolific considering it has only been around for such a short time. Other titles in its portfolio include Double Dragons, Legend of the Golden Monkey and Vikings Go Berzerk. All feature graphics of exceptional quality, with some innovative special features and entertaining game play.

In a way, its small size and high quality gives it a unique quality which discerning sites and players admire. It offers something different in an increasingly homogenous industry.

List Of Bingo Sites With Games From Yggdrasil Gaming

List Of Casino Sites With Games From Yggdrasil Gaming