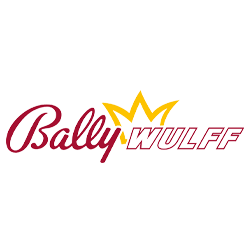 This German company was founded way back in 1950, which makes it very much a vintage organisation by online gaming standards. Bally Wulff is not to be confused with the similarly named Bally Technologies, which is a separate organisation, currently part of the Scientific Games group of companies.

Bally Wulff’s formation way before the advent of the internet tells you that this outfit was originally focused on real world gaming. Indeed, this remains the case, with the company renowned for its slot machine and other cash gambling consoles earning it a significant proportion of the German domestic market. The company also exports its hardware, and is particularly active in both Italy and Spain.

Its talent for producing excellent animation for its real world machines meant that it was perfectly placed to make a move in to the online gaming world when this new market took off in the late 20th Century. The company was also adept at using touch screen technology for its gaming machines: another skill set which was particularly useful when smartphone and tablet gaming started to dominate the market around a decade later.

Bally Wulff employs around three hundred people, many of whom are recruited for software development. The company has therefore built up a considerable portfolio of online games, most of which are slots. These are available to play for United Kingdom based players, but they can be difficult to find, as they are not one of the more frequently licenced providers. UK compatible casinos which include the company’s titles include Casumo, Slots Million and Video Slots.

There are around fifty different titles in the Bally Wulff portfolio. These include Bomb Explodiac, Gates of Persia, Super Duper Cherry and Wild Rubies.

After many decades of operation as a stand-alone company, Bally Wulff became part of the Schmidt Group in 2007. In 2019, the takeover was completed following a group re-structuring. The company is now a wholly owned division within the Schmidt conglomerate. It retains its headquarters in the German capital, Berlin.

List Of Casino Sites With Games From Bally Wulff