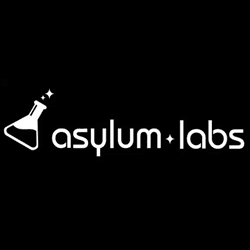 This small game design company is based in the United States. It is headquartered in Santa Cruz in the west coast state of California. It was founded in 2013.

For such a tiny outfit with barely a dozen employees, Asylum Labs has made quite a name for itself. It focuses on what it calls social gaming – games which are largely conducted over social media networks, rather than conventional online casinos.

More than being a committed strategy, this is more because of the United States’ strict gambling regulations than anything else. Online gambling is frowned upon by the federal authorities and most states: the renegade state of Nevada, where Las Vegas is situated, is one of the few exceptions. However, things seem to be changing, with regulations being loosened in some states and the mood seeming to point to further de-regulation in the near future.

This potentially positive mood, plus the fact that other international markets remain open, means that Asylum Labs have been focusing more on conventional casino games in recent times. Plus there is the advantage that thy have applied for and received a licence from both the Government of Gibraltar and the Isle of Man Government’s Gambling Supervision Commission. These licences mean that the company is also fully regulated by the UK Gambling Commission, so their games are eligible for inclusion on United Kingdom compatible casinos.

This is good news, because they produce some really nice games. On the slots front, try entertaining titles like Beauty and the Beast, Congo Bongo, Poker Dog Slots and Ticket to Paradise. They also produce some interesting traditional hybrid games. These include a sort of team Bingo, and an innovative form of Poker called Texas Hedge ‘Em, where you predict hands, rather than play the game yourself. A unique format of Blackjack is also promised at the time of writing.

So with around a dozen games already in the Asylum Labs portfolio and a new distribution partnership with current games provider Leander Games, United Kingdom based players are sure to be seeing a lot more of this company’s games on UK compatible casinos very soon. And with new international distribution agreements sought across the globe, the future looks bright for this innovative American outfit.

List Of Bingo Sites With Games From Asylum Labs

List Of Casino Sites With Games From Asylum Labs