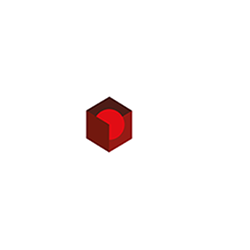 Core Gaming is a British game design company which specialises in creating games for mobiles. Everything is constructed using HTML5, so its titles are all compatible with mobile and tablet touch screen play. The framework used is also compatible with laptop and desktop play, so this company’s games can be played on any device. The company was founded in 2007 and is based near Solihull, not far from the midlands city of Birmingham.

This relatively small concern has less than fifty employees, virtually all based in the midlands area of the United Kingdom. It has spent most of this time working in partnership with big name industry partners, both fellow game creators and casino operators. Industry innovators who have worked with Core Gaming include Blueprint Gaming, NextGen Gaming and Scientific Games, while it’s casino collaborators include many of the leading sportsbook operators, such as Bet 365, Coral, Ladbrokes, Paddy Power and William Hill.

In recent years, the company has begun to focus on the design of its own proprietary games, and this new strategy has already begun to bear fruit. Whereas in the past, the company has been predominantly working on traditional table games and other instant games for its sportsbook partners’ online casinos, it is now creating some innovative slots.

A major partner in this endeavour has been Storm Gaming. Captain Cashfall is a one of the results of this collaboration. This conventional video slot is designed with three different Scatter features and an expanding Wild. It is available to play on Sky Vegas. Core Gaming’s franchise department has also been busy, licencing some interesting TV and movie deals for both the United Kingdom and American markets. Sean Kelly is not a big name on this side of the pond but across the United States, his TV series Storage Hunters was a big success, and it has recently been picked up by the iconic UK cable channel Dave, to increase his global reach. The release of Sean Kelly’s Storage Auction slot game has been designed to tap into this growing popularity.

Conversely, virtually unknown in the States but wildly popular in the UK, Core Gaming have struck up a deal with the Carry On franchise to produce a great slot in homage to the British comedy classic Carry On Camping. This game is currently exclusive to Sky Vegas, and features bonus games which will stir the memories of fans of the iconic British movie, including Bab’s Lucky 7s, Sid’s Wild Night and Kenneth’s Carnage. Free Spins and Expanding Wilds also feature on this nostalgic game.

The company seems to be going from strength to strength. Hopefully its creative software design talents will be brought to a wider audience soon. Core gaming is licenced by the Alderney Gambling Control Commission and is fully regulated by the UK Gambling Commission.

List Of Bingo Sites With Games From Core Gaming

List Of Casino Sites With Games From Core Gaming