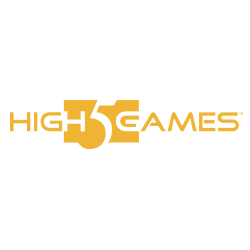 High 5 Games is an omnichannel games development and design company, with a focus on the land-based, online and social markets. They have been around for over 20 years and in this time, they have expanded rapidly, to offer their suite of games to many different online gaming operators as well as developing their popular social gaming arm. They are well-known for their design of a huge range of recognisable slots games including Da Vinci Diamonds, Secrets of the Forest and Golden Goddess. Even if you haven’t played these games, it is likely you have seen them or recognise the titles.
Read More

In 2015 the company celebrated 20 years of gaming and they continue to innovate and create new and exciting games for different markets. Their current portfolio has over 300 games and their High 5 Casino product was named the fastest growing virtual casino on Facebook in 2012. They are prolific but they also produce games that people know and love including IGT award winning games such as Noah’s Ark. Their first slot was produced in 2002 and even with their first game they saw success, with games enjoyed in over 50 countries within their first three years.

One of the reasons behind this brand’s success is their versatile approach. One size does not fit all in the games development industry and their state-of-the-art software is evidence of this. Each game has an individual design, not based on previous models and they incorporate their own unique features from bonus rounds to combination scatter and wild features. Their talented developers being with the basic game layout and format and then this expands into the intricate animation script. It is this animated layer which brings the games to life and makes them stand out and become so popular.

2012 saw the launch of their Facebook-based casino platform and as mentioned within that first year it was recognised for its popularity.

Casino operator and large software distribution partners have helped the advent of High 5. Many of their games are licensed to land-based casino software operators and some of their games can be enjoyed on the IGT Network and Bally Technologies.

You can explore the online bingo sites currently offering games from this software provider below.

List Of Bingo Sites With Games From High 5 Games

List Of Casino Sites With Games From High 5 Games