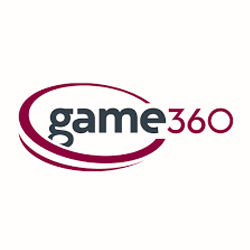 This small game development company is an Italian organisation, based in Rome. It was founded in 2011 and continues to operate with a relatively small team of around thirty dedicated software developers and administrative and management staff.

Game360 are a prime example of the kind of small operators which get caught up in the corporate mergers and takeovers which are typical of the industry. The company was acquired by the NYX Gaming Group in 2015, which is itself now a part of the massive Scientific Games conglomerate. Game360 is now therefore wholly owned by the giant group, although it has retained its independence to some extent, protected by its Roman roots. It retains its own website, which can be found if you manage to avoid Scientific Games’ attempts to re-route you to its own mega site.

These small and innovative outfits undoubtedly gain from the additional investment and marketing power of the industry giants who acquire them (plus the big cheque of course). But it is especially worthwhile if the minnows can retain at least a little of the independence and uniqueness that enabled them to grow, rather than be swallowed up by the corporate leviathan which owns them.

Thankfully, with Game360, this appears to be the case. This is because its original founders remain at the helm. Andrea Guzzon and Pierro Itta retain the major influence at the company with Pierro based in charge of commercial operations in Milan and Andrea continuing as Managing Director.

The company remain market leaders in Italy and offer their corporate masters any easy route into the lucrative Italian and southern European markets.

Today, the company is focused on developing its gaming platform and sportsbook offering. It has always been particularly focused on the mobile gaming and sports betting market. This has proved to be a shrewd move as the market trend continues to be toward play on smaller devices rather than desktop PCs and laptops.

Game360 is less familiar to UK based gamers, as it continues to concentrate on its home market. It does however, have some slots which are widely available on UK compatible casinos. These include the Egyptian genre slot Magic Scarab, the football game Mondial and the American Wild West themed El Paso Saloon.