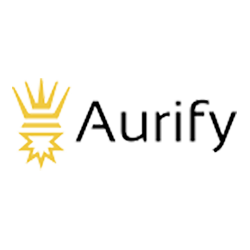 Aurify Gaming is an online gaming software company which is very proud of its roots in the south eastern region of the United States. With two offices in Georgia and an outpost in Texas, this company is focused on the US market, but it is of interest to UK based players.

This is because it is now taking its first steps toward diversifying into the European and other worldwide markets. It already has a signed partnership agreement enabling it to launch its games into the Italian market. It also has publishing deals with UK Gambling Commission compliant partners, so it’s entry into the UK market is only a matter of time.

Aurify Gaming designs will be well worth looking out for. Their games are designed in a set of “series”, which again is a clear demonstration of their southern US roots. The “Wonders” series takes slots players on a tour of some of the more exotic places in the world. These include China, Hawaii, the Incas and the Mayans. The “Treasure Raiders” are clearly a ‘tribute’ to the Indiana Jones movies, enabling slots players to join Indi or, more accurately, someone who looks very like him, on journeys of adventure to places like Africa, the Amazon, Egypt and Australia.

There are several more of these themed sets, including the Classic series, which features around a dozen retro style games. Cash Bash, Duelling Devils, Lucky Duck and West Gone Wild are examples here.

The company are already major players across the pond, with around a hundred employees in total distributed between their three offices. Look out for Aurify Gaming slots coming to UK compatible casinos very soon.

List Of Casino Sites With Games From Aurify Gaming