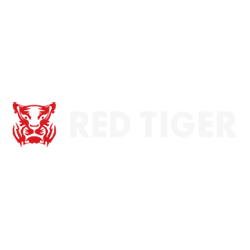 Red Tiger Gaming is another young, up and coming software design company which is causing quite a stir in the online gaming industry. Founded just a few years ago in 2014 by some talented industry veterans, these industry stalwarts have expertise across the board which help them to be truly innovative in their approach. Despite their relative youth, rapid expansion has seen it open offices across the world, including in London, Malta and Cape Town, South Africa.

This outfit is not based purely on computer graphic wizardry. Instead, they call on the knowledge of mathematicians, psychologists and audio engineers, as well as the usual selection of gifted graphic designers and software developers. They even consult some working magicians to spread some magic dust and wonder on their creations.

The focus of Red Tiger Gaming’s small but perfectly formed portfolio of games is most definitely on the slots. There are a couple of dozen in the range, with a particular preference for fictional and pantomime characters, and a superstitious eye for luck. Titles therefore include Cinderella, Puss ‘n Boots and Three Musketeers, along with Lucky Wizard, Dragon’s Luck and Fortune House. In fact, no fewer than twelve games include either “Luck”, “Lucky” or “Fortune” in the title. That’s around half of their total number of games! Lucky Fortune Cat even scores a buzzword bingo full house with both!

The names may lack a bit of imagination, but the same can certainly not be said about the games themselves. The quality of design is very high, with excellent graphics and innovative gameplay.

The company have also begun to design some impressive traditional casino games, with a trio of table game formats to choose from: Baccarat, Blackjack and Roulette.

Red Tiger Gaming’s output may not be as widely available as some of its better known rivals, but the company has already carved out a respected reputation within the gaming industry. Their games are already popular with discerning players, and can be found at several casino sites where games curators most definitely have their fingers on the pulse. These include Betfair, Paddy Power and Rizk.

List Of Bingo Sites With Games From Red Tiger Gaming

List Of Casino Sites With Games From Red Tiger Gaming