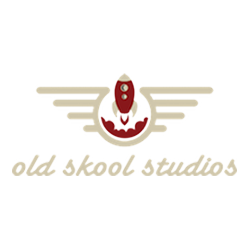 Spelling may not be a strong point but who cares when the games are this good. They may well have been at the bottom of the class in English lessons, but IT and computer coding was obviously a big strength with these software designers.

The company was founded in 2009 and produced its first games the following year. It’s first true worldwide hit was Epic City, which was released in 2014, and Old Skool Studios has been going from strength to strength ever since. It remains a relatively small and tight-knit outfit, with less than a dozen employees, operating out of its headquarters in Vancouver, Canada.

Over the succeeding decade or so, the company has managed to retain its original start-up atmosphere. This means that it has been able to maintain its fresh and quirky approach to designing games. Further big hit releases have included slots like Jewel Quest, La Rouge and Temperance. It also collaborates with other design companies to produce superb partnership designs too. These include well known titles like Magic of Isis, Rampage Riches and Reel Mobsters.

Despite its small size, the company has managed to sign some pretty impressive deals with big name platforms and operators. It has an arrangement with Microgaming’s widely used Quickfire platform, so casino operators powered by this software have access to Old Skool Studios’ titles. Deals have also been signed with renowned online casino operators such as Bet 365, Coral, Mr Green and Prospect Hall.

The company’s games are compatible with play on any kind of device, as they are designed using HTML5 technology. They are available around the world and offered in over twenty different languages. Old Skool Studios also holds a full licence with the UK Gambling Commission. This means that it is fully regulated by this UK Government body and its games are therefore safe to play for players based within the United Kingdom.

List Of Bingo Sites With Games From Old Skool Studios

List Of Casino Sites With Games From Old Skool Studios