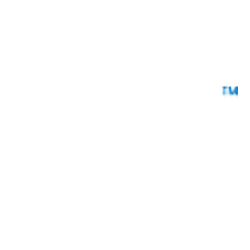 The GameAccount Network (GAN) is today primarily a business to business (B2B) software designer which provides white label services to online casino operators. This means that it designs software which acts as the framework or template around which online casinos are designed. GAN’s flagship platform is called GameSTACK. The company also designs gaming software, and has a portfolio of legacy games designed earlier on in the company’s history.

Using a white label service has advantages for both casino operators and players. For operators, it means that they can buy a ready-made and off the shelf site template, and therefore do not have to create their own software from scratch. Using services such as those GAN provides is much less expensive than having to hire a team of software designers to create a bespoke site, and also far quicker and easier. For players, they can be sure the new casino operates as they expect it to, designed by professionals who know what they are doing.

Founded in 2002 in the United Kingdom, the company was originally called GameAccount Network and has since shortened its name to the more snappy abbreviation GAN. It was originally more focused on designing games directly for players, with online social, card and board games a speciality. Backgammon, Blackjack and Rummy were instant successes and enhanced the growing reputation of the company both with players and within the gaming industry. It ventured into slots in 2011, via its Aristocrat game division.

The company signed licencing deals with many of the leading betting and sports betting portals, such as Paddy Power, Sky Bet and William Hill. It also began to expand into other markets, such as Italy and Spain, and to diversify into other games such as Lotto.

A further change in direction for the company came in 2010, when it signed its first B2B agreement to provide an online platform for the Rank Group.

In more recent times, it has also begun to expand its North American operations. With the current moves to loosen regulations for online gaming in the United States, it is likely that GAN will be well placed to take advantage of the expected increase in the size of the market there.

The company continues to thrive in both markets, with total revenues exceeding £9 million at the end of the 2017 financial year, the last full year for which accounts are available at the time of writing. Gan has its world headquarters based in London, with its American operations run from its office in Las Vegas, Nevada. It also has a satellite office concentrating on software services based in Sofia, Bulgaria.

The company continues to expand its operations in Europe and North America with frequent announcements of further partnership agreements and business growth. Strong results are expected when the nest annual financial results are announced.