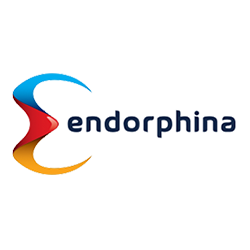 Endorphina is a cleverly named gaming software company which is headquartered in Prague, the capital of the Czech Republic. It was founded in 2012, so it has come quite a way in such a comparatively short lifetime.

From the casino player’s point of view, it is the games which are the centre of attention, and this company is responsible for around fifty different slot designs at the time of writing. These are of a consistently high quality. Gamers playing these entertaining titles will almost certainly experience a rise in those pleasure seeking brain chemicals the design company is named after. Many of the most popular genres are covered, but Fruit, Horror and Oriental are the most comprehensively covered. There are half a dozen or so fruity favourites, including Fresh Fruits, Sparkling Fresh and 7Up (I somehow doubt that PepsiCo have officially sanctioned that one, so it may not last too long). The Horror genre is covered by titles like Minotaurus, Voodoo and The Vampires, while the Asian theme is well served with titles such as Mongol Treasures, The Emirate and The Ninja.

More games are being released all the time, and this company certainly likes to keep up with contemporary trends. This can be demonstrated by their imaginative but frankly bizarre Diamond Vapor. This title is themed on the recent craze for e-cigarettes, with various glamorous looking characters moodily puffing on their vaporisers as different coloured bottled fluids fly by. The “Gamble” feature even requires you to guess which one of two young trendy vapers will produce the most smoke! Can you tell I’m a non-smoker?

Many of these youthful gaming software design companies like to boast of their international offices and worldwide connections. This is not the case with Endorphina, which remains true to its central European roots and continues to operate solely from its offices in Prague. Its executive team are proudly Eastern European and Slavic, with names like Nikita Gorshkov, Lucie Kadlekova and Anastasiya Rimskaya sounding very glamorous to western ears.

The quality and diversity of their games shines through though, and their lack of presence in any of the more renowned gaming development areas of Europe is in no way holding them back. The company may be rooted in the Czech Republic, but its games are available to play worldwide, as has been demonstrated by the media outcry in New Zealand, when their Maori themed slot was criticised for insulting its native culture. The game was subsequently withdrawn.

Endorphina won a Best Online Slots developer award in 2015, and continues to design and release top quality slots on a regular basis. So who needs an office in London or Stockholm when your games are this good?