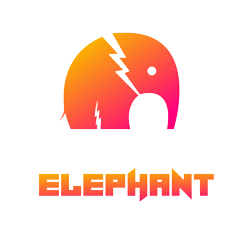 Electric Elephant are a recently founded outfit who clearly have a lot to offer. First founded in 2014, the company originates from the Sri Lankan capital Columbo, where they were known as Seven Deuce Gaming. This city is not renowned for its software expertise and is a bit off the radar when it comes to online gaming development. Therefore, in an attempt to bring their superb games designs to the attention of a wider audience, the company decided to re-brand and set up an office in a more influential environment.

This change of strategy led to the setting up of a new management office in the fashionable Soho neighbourhood of London. The new name reflects both its technological nature and its roots on the tropical Indian Ocean island. Game development remains largely situated back in its Sri Lankan homeland, where it began designing its top class poker games back in the early days. Today though, Electric Elephant is much more focused on its innovative slot designs, and its new London base means that the company is now much better placed to promote its games to the international gaming market.

This is fortunate for us, because their games are indeed very good. They have already developed over thirty different slot titles, many of which are available to UK based casino players through the company’s licencing deal with Microgaming’s Quickfire platform. They also have games promoted via Leander Games and Relax Gaming.

Slots in the Electric Elephant portfolio are a diverse and entertaining mix, covering a multitude of genres. Space Spins is a cartoonish delight of quirky alien space creatures and human astronauts, while Volsunga is set in a strange mystical Scandinavian forest full of dangerous animals, dark foreboding and Viking inscriptions. Then there are more conventional creations like Joker Jackpots and Fruits Go wild which will suit players with more traditional tastes.

The company continues to go from strength to strength, with its new found hub in the centre of the UK gaming industry enabling it to gain a reputation as one of the major up and coming games designers. New games continue to roll off the production line. Crystal Kingdom promises to be a welcome jewel encrusted addition to the famed genre, while the more unusual Toffs promises to lampoon the mores of the famous English aristocracy.

So keep an eye open for more gigantic titles from Electric Elephant coming to a casino near you soon.

List Of Bingo Sites With Games From Electric Elephant

List Of Casino Sites With Games From Electric Elephant