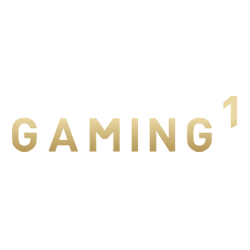 It’s time to forget all those tired and outdated Belgian jokes. The Belgium football team is rated number one in the world, with loads of famous Belgian players celebrated throughout the English Premier League. Belgians can hold their heads high.

This is also the case in other fields too, not least that of the online gaming. This is because a Belgian company is rapidly becoming one of the biggest names in the European gaming industry. That company is Gaming1.

Founded in 2011 and based in the city of Liege, the company already has around 800 employees and continues to grow. It also has an administrative office on the Mediterranean island of Malta. It boasted a total turnover of over €220m in 2018, the last full year for which figures are available at the time of writing. It is the undisputed leader in the Belgian gaming market (which includes casinos, sports betting and poker). It is renowned throughout the European continent and is rapidly building its reputation across the Channel too.

In addition to its extensive activities in its home country, Gaming 1 operates both online and land based casinos abroad too. It already owns four real casinos in France and one in Switzerland. It operates around a dozen different online casinos for the French, Portuguese, Serbian, Spanish and Swiss markets and has also begun operations in Latin America too.

It also offers a full selection of its own games. These include around a dozen slots, including titles such as Boost Racers, Mega Spinner and Cosmic Dance. Unlike so many of its rivals, it designs so much more than just slots though. It also has a dozen different dice games – a format which is lacking on many online casinos. It also has plenty of Blackjack and around a dozen different varieties of Roulette too.

Gaming1 has now also signed a licencing agreement with NYX Gaming, so its games are now available to casinos operating on NYX’s Open Gaming System (OGS) platform. This means that its games are already available to many United Kingdom based players, with more casinos likely to be offering Gaming1 titles in the near future.