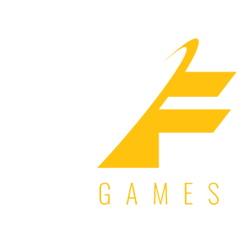 BeeFee Games (often shortened to BF Games) is a game development software company which was founded in 2013. It is also responsible for the design of sports betting and casino platforms, which casino and sportsbook operators use as a template when constructing their own websites.

At the time of writing, there are around fifty games in the BeeFee Games portfolio. These are mostly slots, including titles like Aztec Adventure, Pyramid Treasure, Star Fortune and Stunning Snow. They have a particular talent for quirky and unlikely theme combinations. So if you are looking to try something innovative and just a bit, well, different, you could do worse than try games like Madmen and Nuclear War, Pharaohs and Aliens or my personal favourite, Voodoo Candy Shop.

BeeFee Games are not yet widely available on United Kingdom compatible casinos, but there are a few, like Energy Casino, LV Bet and Volt Casino which are early adopters. More are expected to see the light soon, as this company is considered amongst industry insiders to be among the big up and coming software houses, with a big future ahead of them.

They are particularly active in the continental European market, where BeeFee Games are more widely available. Countries where the company’s games are more regularly played include Austria, Belgium, Czech Republic, Italy and Sweden. It is only a matter of time before the company’s reputation on mainland Europe is brought to the attention of more UK based operators.

The company is headquartered in London, although this appears to be little more than an administrative office. The main design and marketing work seems to derive more form Poland, where the company has six design offices, including two in the Polish capital Warsaw alone. It also has a major satellite office in Switzerland.

BeeFee Games is licenced and regulated via the Malta Gaming Authority, so it does fall under the jurisdiction of the UK Gambling Commission.